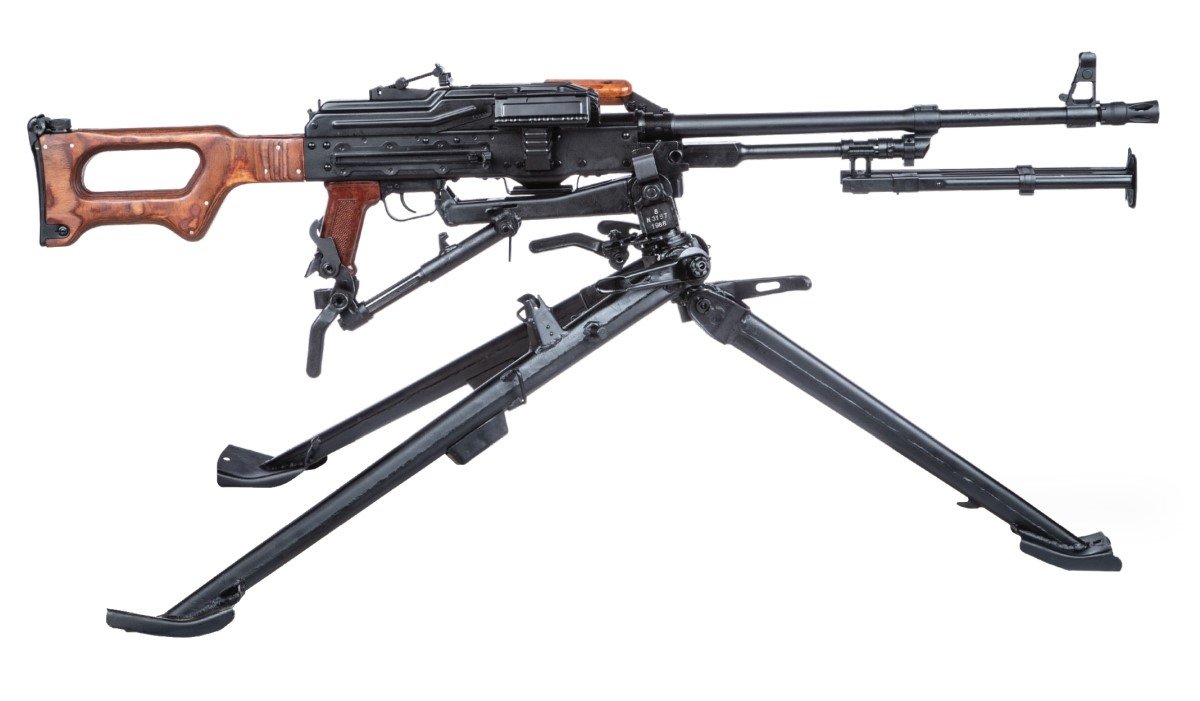 The PK is a 7.62x54 mm general-purpose machine gun designed in the Soviet Union. The original PK machine gun was introduced in 1961 and then the improved PKM came in 1969.

The DShK 1938 is a heavy machine gun firing the 12.7x108 mm cartridge. In 1946 the improved version DShKM was introduced. It remains in use as a infantry, anti-aircraft and vehicle-mounted weapon.

The M2 Browning is a .50 (12.7x99 mm NATO) caliber machine gun. It is effective against infantry, unarmored or lightly armored vehicles and boats, light fortifications, and low-flying aircraft.

The M240 is the U.S. military designation for the FN MAG family of belt-fed, gas-operated medium machine guns that chamber the 7.62x51mm NATO cartridge.